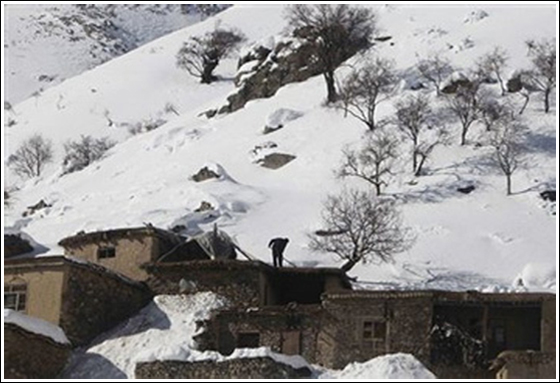 It may be warm in parts of the US, but in Peru the government is trying to keep freezing people warm:

Peru’s government on Monday sent 18 trucks carrying 97,000 blankets to villages in the Andean highlands, where the populations endure freezing temperatures.
The blankets were sent to Puno, Apurimac, Ayacucho, Junin, Huancavelica, Huanuco, Ancash and La Libertad regions, daily La Republica reported.
The shipment is part of the national government plan to provide support to people who are not properly equipped to weather the cold.
Children and the elderly are often the most vulnerable to the cold temperatures, and every year a number of people in the highlands die during Peru’s cold winter months of June through August.
Last week, temperatures in the district of Mazocruz, located some 4,000 meters above sea level in the Puno region, dipped to -18 degrees Celsius, which is the lowest temperature in the department so far this year.

Climate Change is Not a Problem

The world's first FLOATING CITY could become a reality within a decade under UN-backed...

Breaking Down the Last Decade of Climate Change in 7 Charts

Earth Is About To Enter A 30-Year "Mini Ice Age" As The Sun Hibernates, Scientist Warns