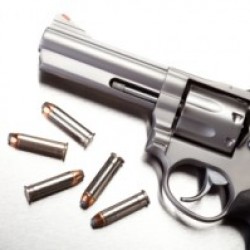 Despite its initial purposes, many people have forgotten its importance and now the UN is seeking to implement international legislation to effectively overrule the constitution. Forbes reports on the legislation and its ramifications:
It may not come as surprising news to many of you that the United Nations doesn’t approve of our Second Amendment. Not one bit. And they very much hope to do something about it with help from some powerful American friends. Under the guise of a proposed global “Small Arms Treaty” premised to fight “terrorism”, “insurgency” and “international crime syndicates” you can be quite certain that an even more insidious threat is being targeted – our Constitutional right for law-abiding citizens to own and bear arms.
While the terms have yet to be made public, if passed by the U.N. and ratified by our Senate, it will almost certainly force the U.S. to:
Enact tougher licensing requirements, creating additional bureaucratic red tape for legal firearms ownership.
Confiscate and destroy all “unauthorized” civilian firearms (exempting those owned by our government of course).
Ban the trade, sale and private ownership of all semi-automatic weapons (any that have magazines even though they still operate in the same one trigger pull – one single “bang” manner as revolvers, a simple fact the ant-gun media never seem to grasp).

If memory serves, Marshall in Marbury v. Madison wrote "If a state is going to execute a man on the basis of an ex-post facto law, is the court supposed to let the execution take place?"

Article I Sections 9 and 10 explicity prohibit passage of ex-post facto laws by the US Congress and State legislatures.

In one sense, the supremacy clause places the constitution, legislation and treaties on the same level.  Loosely:

If the US constitution's proscription concerning ex-post facto  law can be applied against state legislation, could not its protection expressed in the 2nd amendment override such a treaty?

The SCOTUS has issued some surprising rulings recently.  If they failed to uphold the second amendment against such a treaty, I don't know if I would view that as a surprise or not.

Jefferson warned that intepretation of the constitution should not be left to the judiciary.  If the USoA is ever again (assuming it ever was) a Republic (not to be confused with a major political party with a similar sounding name), the people must know the constitution and insist upon its observance by state legislatures, the US Congress, the judiciary and other public officials at all locations.

Is it at all possible that we are hopelessly screwed?!