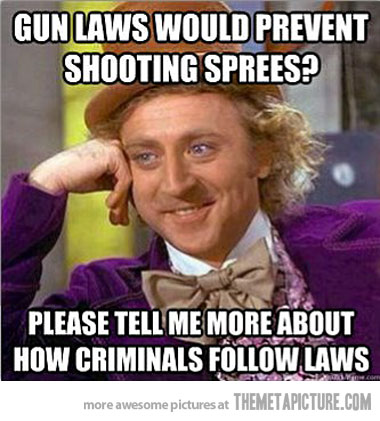 Mitt Romney said Wednesday that more restrictive gun laws would likely not have prevented last week's deadly mass shooting at a Colorado Cineplex, and argued that it would take Americans changing their hearts, not their legislation, to prevent similar future attacks.

"Political implications, legal implications are something which will be sorted out down the road," Romney told NBC's Brian Williams during an exclusive interview here in London. "But I don't happen to believe that America needs new gun laws. A lot of what this young man did was clearly against the law. But the fact that it was against the law did not prevent it from happening."

Romney, who enacted an assault weapons ban as governor of Massachusetts (with the support of a Democratic legislature) would not say whether he still believes that weapons like the AR-15 assault rifle used in the Colorado shooting were "instruments of destruction with the sole purpose of hunting down and killing people," as he described them during the bill signing ceremony in 2002.

When Williams followed up later in the interview on the Aurora attack, Romney argued that it would take a change in heart, not laws, to stop future violence.

"Romney argued that it would take a change in heart, not laws, to stop future violence." --- Good luck on that change of heart. The actions of our now and past governments are making sure there are plenty of people out there that would do the same as the shooters we have read about for the last 30 years. Most people know that they need those guns that they have already to keep the military and police held back from forcing them into a place they do not wish to go. Remember world war two. If those people of Europe were armed to the hilt many of them would not have died at the hands of those in the militaries that murdered millions of them. Those that did have weapons lived to tell about it. Keep what you have and make sure you have it where those that will want to take that away from you cannot find out where you keep your guns and ammo.