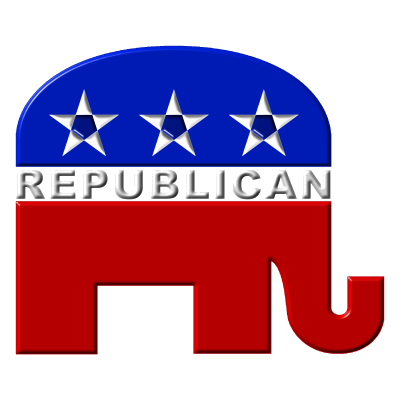 With this hopeful prospect, why the near despair among so many Republicans about the long term?
In his New York Times report, "In California, GOP Fights Steep Decline," Adam Nagourney delves into the reasons.
In the Golden Land, a state Nixon carried all five times he was on a national ticket and Reagan carried by landslides all four times he ran, the GOP does not hold a single statewide office. It gained not a single House seat in the 2010 landslide. Party registration has fallen to 30 percent of the California electorate and is steadily sinking.
Why? It is said that California Republicans are too out of touch, too socially conservative on issues like right-to-life and gay rights. "When you look at the population growth," says GOP consultant Steve Schmidt, "the actual party is shrinking. It's becoming more white. It's becoming older."
Race, age and ethnicity are at the heart of the problem. And they portend not only the party's death in California, but perhaps its destiny in the rest of America.

1 Comments in Response to In the Long Run, Is the GOP Dead?

I think the GOP IS dead in the long run. I am leaving it after the election. I am going independent. The RNC has tried twice at least, to bury Ron Paul, the only major 'party' member who is a true Patriot Statesman Constitution supporter.

First time they tried to give us John Manchurian McCain, now they are trying to push two faced Romney on us.

Much of what Pat says shows that the R's have become to much like the Dem 'party'.  Many of us who recognize that the only real major party is, as Judge Napolitano points out, the Big Government Party, are not happy with the R 'party' changing to become another enemy of freedom. The BGP has two branches, the R branch & the D Branch. We recognize that though we change the 'party' in office, nothing much else changes.

A more & larger fed govt. & govt on all levels, US debt, open borders, militarized cops & a growing police state, trashing the Constitution, feeding the military industrial complex & the newer prison industrial complex, deficit spending & many other negatives remain the same no matter which major 'party' is in power.

When a man in the R 'party' came forward with actual solutions to the above, the RNC trashed him, tried to ignore him & pushed on us McManchurian & now Double Tongue Romney . What was the basis of Ron Paul's solution? The US Constitution, the Bill of Rights & the US Founder's intent..

How did the RNC react when Dr. Paul, the ONLY major 'party' candidate who called for a return to the Constitution's restraints on the fed govt? The RNC wing of the BGP establishment united against him.

Many of us recognize how corrupt & how much like the Dems the R's have become. Adding to what Pat said in his article, these are more reasons why the R 'party' is dying.

5 Vegetables that are too EASY to GROW in the Garden