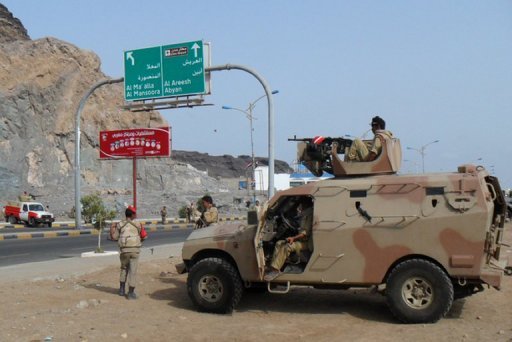 A suicide attack at a town in south Yemen recently recaptured by the army from Al-Qaeda forces killed 20 people Saturday and wounded another 20, the governor of the province said.

In a separate incident in the east of the country meanwhile, a suspected US drone strike killed five Al-Qaeda members late Saturday, a local official said.

“Twenty people have been killed and 20 others wounded,” governor Jamal al-Aqal said in a statement on the suicide attack posted on the defence ministry’s website.

Officials have opened an investigation to establish a final death toll and to identify the author of this “criminal and cowardly” attack, the governor’s statement added.

Earlier, a witness had told AFP that the attack in Jaar, Abyan province, killed eight people.

The witness said the attacker had blown himself up during a mourning ceremony organised in honour of a relative of an army auxiliary leader.