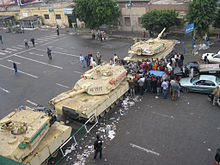 Civil libertarians have been concerned for years with the move toward greater use of the military in domestic operations by both President George W. Bush and now by President Barack Obama. The military continues to shift resources for prepare for large-scale domestic operations. Most recently, the Marines moved to create a battalion to allow the military to “be capable of helping control civil disturbances, handling detainees, carrying out forensic work, and using biometrics to identify suspects.” Now the Small Wars Journal, a respected publication closely followed in the U.S. military, has published an article entitled “Full Spectrum Operations in the Homeland: A ‘Vision’ of the Future” by retired Army Col. Kevin Benson of the Army’s University of Foreign Military and Cultural Studies at Fort Leavenworth, Kan., and Jennifer Weber, a Civil War expert at the University of Kansas. It lays out not just the military but the legal basis for military operations to crush domestic insurrections in the United States.

The authors write how the military must be prepared to act against citizens when they received orders regarding domestic threats to the government. What is troubling is the lack of balance in the article and the general assumption of legality in the full spectrum of such operations. What is clear is that, again, Congress is allowing for such preparations without any serious discussion or review. The assumption of legality will soon become the acceptance of legality in domestic use of military forces.

The article lays out how the existing policies regarding “full spectrum” operations require the military to prepare for internal campaigns against our own citizens: “full spectrum operations in the coming two decades (US Army Training and Doctrine Command, The Army Operating Concept 2016 – 2028, TRADOC Pamphlet 525-3-1, dated 19 August 2010, p. iii. Hereafter cited as TD Pam 525-3-1. The Army defines full spectrum operations as the combination of offensive, defensive, and either stability operations overseas or civil support operations on U.S. soil).”

1 Comments in Response to “A Vision Of The Future”: Military Magazine Details Plan For Putting Down Domestic Uprising