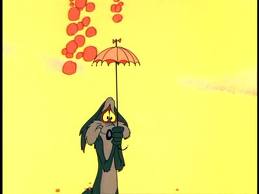 Former money manager Ann Barnhardt, who in November of 2011 made the decision to cease operations of her brokerage firm and return funds to her customers citing “systemic” problems within the entire financial industry, has issued a new warning about the stability of US banks and the safety of individual deposit accounts.

The warning, stemming from a recent federal appeals court ruling surrounding customer funds lost during the 2007 collapse of Chicago futures broker Sentinel, indicates that individuals who lose deposited funds because a financial institution improperly manages that money, even if those funds are supposed to be “segregated” from other operations of the firm, are essentially left with no recourse if the firm goes belly-up. According to the court, a misallocation of those customer funds, “is not, on its own, sufficient to rule as a matter of law that Sentinel acted ‘with actual intent to hinder, delay, or defraud’ its customers.”

The implications of the ruling, according to Barnhardt, will affect the monies of all private individuals who have seen their deposit accounts wiped out in the collapse of firms like John Corzine’s MF Global and put all deposit account holders in the country at risk should their bank be faced with a financial windstorm:

The NFA in collusion with the banksters, government and judiciary have achieved their goal. The entire concept of “customer segregated funds” is officially, completely, legally dead.

Guys, it is OVER. I know that many of you are still cowering in normalcy bias, unable to deal with reality, unable to face the world as it is, but you have GOT to snap out of it. The marketplace is DESTROYED. You CANNOT be in these markets. All legal protections are now officially gone.