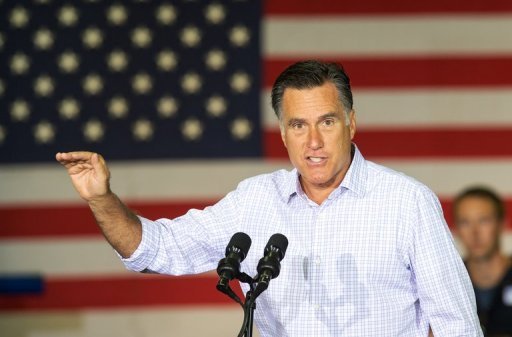 Mitt Romney criss-crossed his home state of Massachusetts in a major fundraising drive before the Republican convention, netting $7 million after a two-day blitz.

A week after the roll-out of running mate Paul Ryan and with roughly 80 days to go before the November 6 election in which he aims to oust President Barack Obama, Romney was foregoing chances to campaign in crucial swing states, opting to raise cash with events in New York and Massachusetts.

Wasting no time, the former Massachusetts governor had four high-dollar fundraising events scheduled during the day, culminating in a $75,000-per-person beachside dinner on the island of Nantucket off the Atlantic coast.

A vintage plane carrying a sign reading “Obama — Taking America Forward” made a few slow laps above Koch’s house before flying off as guests arrived for the fundraiser.

Romney earlier attended a clam bake luncheon on the resort island of Martha’s Vineyard that featured a $50,000-per-person VIP reception.