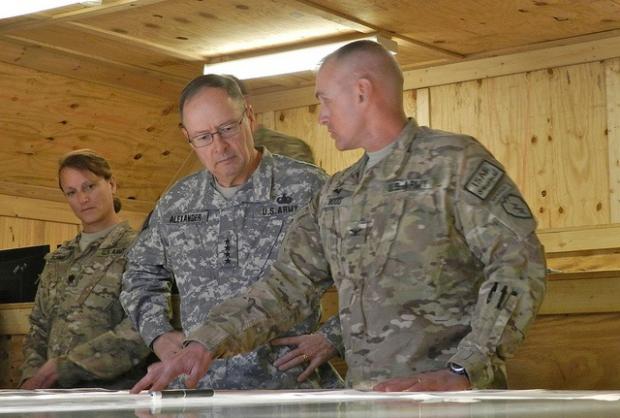 The Pentagon’s top research arm is unveiling a new, classified cyberwarfare project. But it’s not about building the next Stuxnet, Darpa swears. Instead, the just-introduced “Plan X” is designed to make online strikes a more routine part of U.S. military operations. That will make the son of Stuxnet easier to pull off — to, as Darpa puts it, “dominate the cyber battlespace.”

Darpa spent years backing research that could shore up the nation’s cyberdefenses. “Plan X” is part of a growing and fairly recent push into offensive online operations by the Pentagon agency largely responsible for the internet’s creation. In recent months, everyone from the director of Darpa on down has pushed the need to improve — and normalize — America’s ability to unleash cyberattacks against its foes.

That means building tools to help warplanners assemble and launch online strikes in a hurry. It means, under Plan X, figuring out ways to assess the damage caused by a new piece of friendly military malware before it’s unleashed. And it means putting together a sort of digital battlefield map that allows the generals to watch the fighting unfold, as former Darpa acting director Ken Gabriel told the Washington Post: “a rapid, high-order look of what the Internet looks like — of what the cyberspace looks like at any one point in time.”

It’s not quite the same as building the weapons themselves, as Darpa notes in its introduction to the five-year, $100 million effort, issued on Monday: “The Plan X program is explicitly not funding research and development efforts in vulnerability analysis or cyberweapon generation.” (Emphasis in the original.)

How to Tell If Your Phone Is Tapped: 7 Warning Signs

Part 1: Setting up for Safety!

Is Your Network Secure? 5 Ways to Check Your Internet Connection