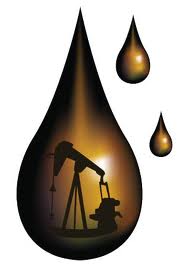 These ignored developments may well soon refocus Washington’s attention on the Southern Hemisphere, as Venezuela’s President Hugo Chavez reorients his country’s to China.

It is not an inconsiderable element of concern for the Obama administration. According to the U.S. Energy Administration, the United States total crude oil imports now average 9.033 million barrels per day, with the top five exporting countries being Canada (2.666 mbpd), Mexico (1.319 mbpd), Saudi Arabia (1.107 mbpd), with Venezuela in fourth place at 930 thousand barrels per day. Note that two of America’s top four energy importers are south of the Rio Grande.

Furthermore, Venezuela’s reserves according to OPEC now top those of Saudi Arabia, with Venezuela now estimated to have the largest conventional oil reserves and the second-largest natural gas reserves in the Western Hemisphere. Two years ago OPEC reported that of the organization’s 81.33 percent of the globe’s known oil reserves Venezuela had 24.8 percent, exceeding Saudi Arabia with 22.2

So, why is Chavez in Washington’s bad books? Well, among other reasons, for the company he keeps, as the Russian Federation, Iran and Cuba are all allies. Note that the first two are also major oil exporters.