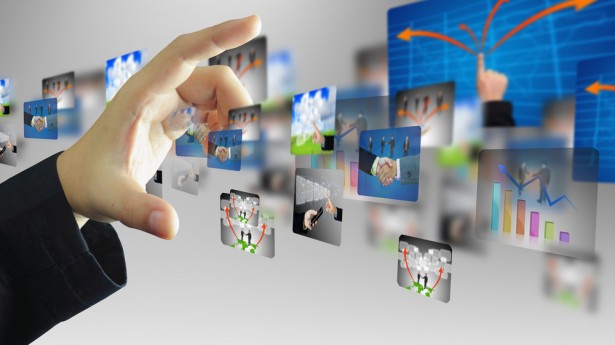 In hopes of identifying untapped Republican donors, presumptive Republican presidential nominee Mitt Romney has secretly employed a data-mining firm based in Fort Worth, Texas to crunch thousands of minute, many times private details about Americans living in more than 120 million households, The Associated Press revealed on Friday.

The AP noted that Romney’s campaign hasn’t yet reported paying the firm any money, and neither has the Republican National Committee. However, a source within Romney’s campaign told AP reporter Jack Gillum that the candidate has hired Fort Worth-based Buxton Co. to provide what amounts to sales leads for the campaign’s fundraising staff. CEO Tom Buxton confirmed the claim, but the Romney campaign had no comment.

Buxton brags that it has “one of the largest databases of consumer information anywhere,” tracking more than 75,000 different characteristics about each person, including “brand loyalties, lifestyle choices, hobbies, purchasing behavior and media preferences.”

Yep. Brag & Panocha are a hoot. I don't think the clowns realize how much entertainment value they offer. Too bad they don't take it to kids' parties.

It is just a coincidence that my name happens to be Brag, but this following story is not for me to brag. As this headline shows up, a Raw Story appeared: Romney: ‘No one’s ever asked to see my birth certificate’ written by a punkie writer named David Edwards.

What Romney said was a "dig" on Obama’s suspected fake birth certificate. Romney was so happy smiling, smirking and gloating he could win this November election because of Obama’s undoing – trying hard to stonewall the publication of a copy of his birth certificate in Hawaii when the red-hot, smoldering-simmering news that he was not a natural born American was burning on everybody’s skin.

The sulking Obama reminds me of a bad joke about PureTrust who reportedly hides the secret of his birth. The unverified story tasted like a "raw" meat [remember that Romney’s statement was published by The Raw Story that is genuinely "raw"] … too raw for me to chew on that being born inside an Indian reservation camp, he is a native Indian who reportedly does not want to be referred to as "an American".

Proud of the blood of Geronimo running in his brain -- I mean veins -- he holds no bar in showing his burning-consuming hatred of the U.S. Government because of what it had done to his ancestors.

Thus, for the racially disadvantaged, he loves Obama’s welfare because as you know about what they said about Indians who just love to drink but do not want to work, which to say that is to me unkind] he does not have to work to eat; he can just sit down before his old computer and pour out his heart’s content, with such viperous invectives against and an uncontrollable contempt of the Government and the State which was natural to badly abused Indians in the old days.

Do I believe this story? Not a word of it. Does this joke make me laugh, not at all, although I may be laughing inside but crying of sympathy outside. Do I doubt that he hates America, not at all. Do I believe this yarn that Obama is not a natural born citizen and therefore has "stolen" the presidency as reported, maybe.

But what I like about PureTrust and Obama when they tell their story is that they bring you with them in a trip to the Moon!

[Note: I am sure PureTrust will say he is proud seeing his name side by side with that of Obama. A fly on top of a cow always thinks he is bigger and taller than the cow …]

PureTrust sniped on the "professionalism" of the "Avengers" starting from JV, Anno75, Brag, Bayag, Suka, etc. [I envy them for not mentioning my name] who writes for the benefit of the readers, and in defense of America. He said these guys are all highly educated "professionals" he loathed.

He is wrong again, as usual – they are professionals holding MULTIPLE [not just a single] degrees in GRADUATE school and for their expertise, they are in a professorial level. This is what I have been repeatedly communicating to those uneducated bimbos whose ignorant comments and their badmouthing of them rise from the gutter.

I recall PureTrust once tried to arrange a "date" with me. During an exchange of personal insults between Kim Dryer and PureTrust, Kim exposed the identity of PureTrust that he is actually Donna Hancock, the wife of the publisher. This is probably the reason why Kim no longer appears in this page.

My nightmare was, what if the "date" had materialized and my date turned out to be a "she" who likes me, well I may "like" another female – I am not sure because I have never experienced it yet – but what I am sure about is that my Grandpa, a very successful and reputable lawyer who raised me, was, no doubt about it, going to kill me.