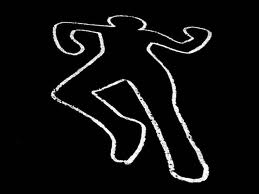 If he were any part of a man, Horiuchi would make a pilgrimage to Sara’s home in Montana to express remorse for the crimes he committed against her family.

Shortly before he murdered Vicki on August 22, 1992, Horiuchi attempted to murder her husband, Randy Weaver – a man who had done nothing to harm any living soul. Acting under "rules of engagement" that were tantamount to a murder warrant, Horiuchi shot Randy in the back, attempting to kill him instantly by severing his spinal cord.

Owing to a last-second motion by Randy, the bullet hit his shoulder and exited his armpit. Randy and a visiting family friend named Kevin Harris fled back to their cabin. Vicki Weaver flung open the door and was shot in the head by Horiuchi. The same round used to murder Vicki ended up wounding Harris.

At the time Horiuchi attempted to murder him, Randy was visiting the forlorn outbuilding that sheltered the lifeless body of his only son, 14-year-old Samuel, who had been murdered the previous day by U.S. marshals preparing to ambush the Weaver family. Three of the six camouflaged marshals threw rocks to distract the Weaver family’s dogs. When Samuel and Harris went to investigate, a marshal panicked and shot one of the dogs.