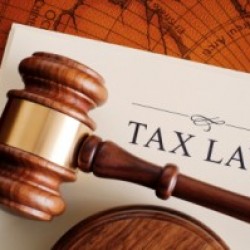 It was a big headline and you likely saw the news… but it’s worth a deeper look. Because if there is one story that neatly summarizes what is wrong with the US these days, it is the case of Mr. Birkenfeld.

Birkenfeld, as you may recall, is a former private banker at UBS. For several years, his job at the bank was to help clients evade taxes, including one now famous instance in which he snuck diamonds hidden in a tube of toothpaste into the United States on behalf of one of his clients.

It turns out that Uncle Sam had his eye on Birkenfeld. Big time. And when the government started leaning on him, Birkenfeld sung like a canary… confessing not only his own transgressions, but also those of his clients.

Birkenfeld was subsequently convicted and sentenced to 40 months. And based on the volume of information he provided, a number of his former clients were also charged, imprisoned, and forced to pay steep penalties to the government.

Look, just to be crystal clear, tax evasion is not OK. I’ve been writing this for years– not paying taxes is stupid. Whether you have the moral or legal justification is irrelevant. When the guy holding the gun gets to make the decision, you lose. It’s simple.