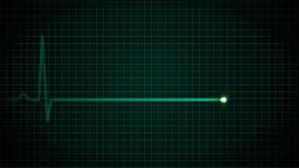 There are four reasons why I expect prices to drop a lot more. First, during the last decade commodity producers were caught by surprise by the surge in demand. Their belated response was to ramp up production dramatically, but since there is a long lead-time between intention and supply, for the next several years we will continue to experience rapid growth in supply. As an aside, in my many talks to different groups of investors and boards of directors it has been my impression that commodity producers have been the slowest at understanding the full implications of a Chinese rebalancing, and I would suggest that in many cases they still have not caught on.

Second, almost all the increase in demand in the past twenty years, which in practice occurred mostly in the past decade, can be explained as the consequence of the incredibly unbalanced growth process in China. But as even the most exuberant of China bulls now recognize, China’s economic growth is slowing and I expect it to decline a lot more in the next few years.

Third, and more importantly, as China’s economy rebalances towards a much more sustainable form of growth, this will automatically make Chinese growth much less commodity intensive. It doesn’t matter whether you agree or disagree with my expectations of further economic slowing. Even if China is miraculously able to regain growth rates of 10-11% annually, a rebalancing economy will demand much less in the way of hard commodities.

16 DAY FORECAST NO WHERE TO RUN