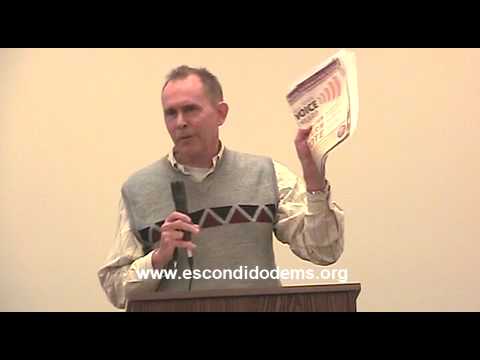 For the past forty-five years, Richard Winger has been campaigning for a better legal environment for new and minor parties and independent candidates. Winger has been publishing the monthly Ballot Access News since 1985.

The top two law says that anyone can run in California’s June primary, but only the top two vote getters will end up on the November ballot. This has led to perverse results.

Take the new 31st Congressional district of California. The voter registration in the district breaks down like this: Democrats 40.8%, Republicans 35.3%, independents 19.3%, and minor party 3.6%.

The top two from the June primary – both Republicans. That means, only Republicans on the ballot in November.

Winger says that California’s top two law is being supported by establishment corporations in California because it will help elect corporate moderates to the state legislature and to Congress and work to eliminate the extremes on both ends of the political spectrum.

In November 2009, John Lovell of the California Association of Health Underwriters (CAHU) wrote that Prop 14 “is terribly important to CAHU because it will result in the election of more moderate, anti-single payor legislators.”

The law is also being supported by liberal Republican millionaires, like Charlie Munger Jr. – the son of Berkshire Hathaway billionaire Charles Munger – because they believe that it will elect moderates who will vote for tax increases and bail out California’s struggling state government.

But Winger says that academics who have studied a similar top two system in Washington state, for example, have found this not to be the case.

In any event, in July 2010, the Winger forces sued the state seeking to overturn the law.

The State Court of Appeals upheld that decision on September 19, 2011.

The lawyer for the plaintiffs, Gautam Dutta, decided not to appeal the case to the California Supreme Court.

Then on March 27, 2012, the intervenors, represented by the Nielsen Merksamer firm of San Rafael, California, moved for attorneys fees.

The plaintiffs argued in a brief that under federal law, which applied to this case in state court, attorneys fees cannot be awarded against the plaintiffs unless the case was determined to be frivolous.

But Judge Karnow ignored that argument and awarded the intervenors their fees.

Winger says that the intervenors’ legal bills were being paid for by Munger Jr.

“Assessing attorneys’ fees against public interest litigants because they challenge a controversial new election law like California’s top two primary goes against the entire American legal tradition, which is intended to encourage participation by regular citizens,” said Oliver Hall, an election law lawyer and founder of the Center for Competitive Democracy. “Judge Karnow’s order misapplies the law and punishes the voters in this case for exercising their First Amendment right to petition.”