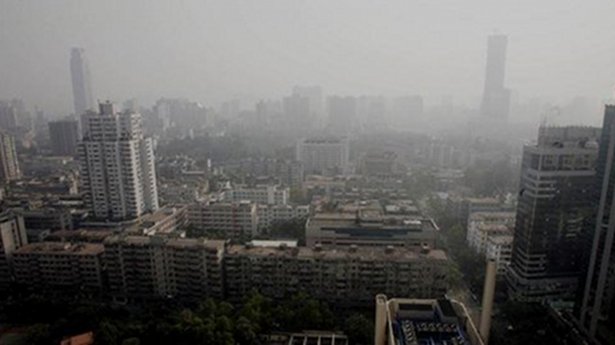 Pointing out that the worst warming gases — CO2, methane and nitrous oxide — had all reached new highs last year, the agency’s Secetary-General Michel Jarraud said “it is getting increasingly unlikely” that a UN-backed pledge to limit global warming to two degrees Celsius (3.6 degrees Fahrenheit) could be achieved.

“Even if we were able to stop them tomorrow, these greenhouse gases will continue to have an effect for centuries,” Jarraud said at the launch of the annual Greenhouse Gas Bulletin report in Geneva.

CO2 levels are at 140 percent of the pre-industrial level before 1750, Jarraud said. According to the WMO, about 375 billion tonnes of carbon have been released into the atmosphere as CO2 in the past 260 years.

2 Comments in Response to Greenhouse gases rose to record levels in 2011: UN

Fear of any kind of threat can be worse than the threat itself. Constant publication of threats, over and over, can cause a certain kind of panic in people. The panic makes them easier to manipulate than they would be otherwise.

If, indeed, a greenhouse effect on Earth is in our future, it would probably be a welcomed thing. Sure, some of the melting of the polar ice which would cause the sea to rise, might change the coastal lines somewhat. We might lose some of the islands. But it would, also, warm up the northern lands for people to populate. Northern Canada and Siberia would become completely habitable. In addition, the whole Sahara would become an oasis.

The secret, biggest fear that the people behind the anti-greenhouse affect organizations have, is that a very humid upper atmosphere would use cosmic rays to produce massive amounts of hydrogen peroxide in the air - massive amounts with relation to what exists now, not massive amounts that would be harmful in any way. In fact, what these folks fear is the BENEFITS derived from large amounts of hydrogen peroxide in the air. High amounts of HP in the air will clean up disease around the globe by killing off many kinds of detrimental microbes around the world. The doctors and hospitals would be out of business. Big Pharma will be out of business.

So you see? It's to the advantage of Big Pharma to publishing this false greenhouse affect "noise" as a threat. The panic they create just might give them enough control so that they can manipulate the climate (if that is possible) to keep their business from being wiped out by nature.

Perhaps we can tax people enough to stop the earth's climate from fluctuating.

Following the Trail of a Massive Climate-Change Conspiracy:

Fixing Global Warming by 2030 ?" Grow Food In Greenhouses and Trees on Farmland