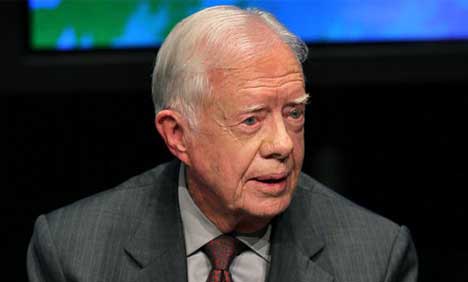 "I personally think we do more harm than good by having our drones attack some potential terrorists who have not been tried or proven that they are guilty," Carter said in an interview with Russia Today.

"But in the meantime, the drone attacks also kill women and children, sometimes in weddings... so this is the kind of thing we should correct," he added.

Carter, who served as US president from 1976 to 1980, also criticized incumbent American policy makers for violating the country's "long-standing policy" of "preserving the privacy of US citizens."

"We now pass laws that permit eavesdropping on private phone calls and private communication," he noted, explaining that in the past, in order to do that, the government had to obtain a court ruling that proved the nation's national security was at risk, "which was very rare, but now it's done all over America."

1 Comments in Response to Former US president slams drone attacks

The peanut vendor is right about this one.