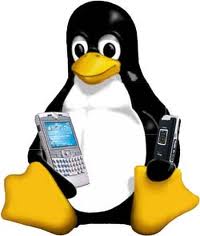 Ubuntu Linux is coming to smartphones. Canonical — the British outfit that oversees Ubuntu — has built a new version of the open source operating system for touchscreens, and unlike other smartphone operating systems, it will work as a full desktop OS when connected to a monitor, keyboard, and mouse.

“We are confident that Ubuntu will ship on phones from large manufacturers in 2013,” says Canonical founder Mark Shuttleworth.

Shuttleworth sees the new version of the OS appealing to two markets: entry-level smartphone consumers and enterprises that want to give employees just one device instead of two or three.

While Apple and Microsoft have developed separate operating systems for desktops and phones, Canonical is pushing a single operating system that can adapt to different devices. For example, touchscreen apps developed for the phone OS will also work on the desktop version of Ubuntu.

“We think these things can converge both on the front end and under the hood,” Shuttleworth says. “One of the core visions is complete convergence of the platform from phone to supercomputer.”

Ubuntu already runs desktops, servers, and even TVs, and Shuttleworth says a version for tablets is “coming soon.”

Canonical is entering an already crowded market for smartphone operating systems. It will compete with other cross-device operating systems such as Android, Windows Phone, and Mozilla’s forthcoming Firefox OS, and with other smartphone brands like the iPhone and BlackBerry. “We’re sanguine about the challenges that we face, but we know this is an industry that turns itself over every couple years,” Shuttleworth says.