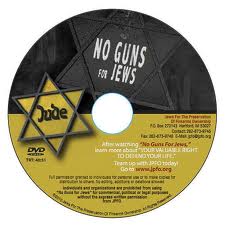 No Guns for Jews Video Trailer: 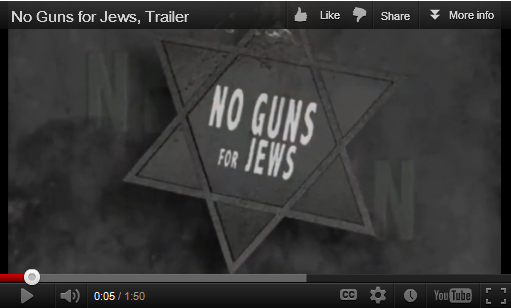 "No Guns for Jews" is a major breakthrough and a potent weapon with tremendous potential to destroy “gun control” at this critical time in America, but millions must see it and take action! To that end follow these three simple steps —

1. Watch the film perhaps two or three times to fully appreciate its raw stopping power against Jewish "gun controllers" leading high profile 2A attacks.
2. Share it with everyone you come in contact with: every website, blogger, writer, commentator, gun owner, shooting club officer, lawmaker – Everyone!
3. Make a special effort to get a copy in the hands of your Rabbi, minister or other influential religious contacts, to arrange group showings.

No Guns for Jews exposes, the …

Dangerous stupidity and hypocrisy of Jewish "gun controllers".
Evils of those who use man’s law to subvert G-d’s self-defense laws.
Mental Illnesses distorting the minds and ethics of "gun controllers".
Suicidal Jewish support for the United Nations’ small arms treaty.
Jewish support for Nazi policies in American laws and regulations.
Biblical evidence calling for an armed citizenry and much, much more.

Read an article that further proves the validity and necessity for "No Guns For Jews".
Also learn about the Jewish partisans resisting Nazis in some rare Russian footage - check out these pages … http://www.jewishpartisans.org/t_switch.php?pageName=student+films and
http://www.jewishpartisans.org/t_switch.php?pageName=educator+women

Read comments received by JPFO about "No Guns For Jews"