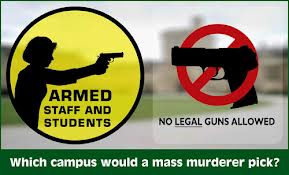 Plans to slay everyone in the Muskegon, Michigan, store and steal enough cash and jewelry to feed their "gnawing hunger for crack cocaine" fell apart for a band of would-be killers after one of their victims fought back.

The mass church shooting in Colorado Springs was stopped by the shooter being shot by a church member with a CCW permit.

The Santa Clara gunshop shooting in 1999 was stopped by an armed citizen after the shooter declared that he was going to kill everyone. Police found a list of intended victims in his car. Only the perpetrator, Richard Gable Stevens was shot.

The December, 1991, Aniston, Alabama defense where a CCW holder stopped armed robbers who were herding employees, customers, and his wife into a cooler. He shot both robbers, killing one.

July 13, 2009, in Virginia at the Golden Food Market: The gunman tried to shoot several people, was stopped by a CCW carrier.

Just recently, in Early Texas, armed citizen Vic Stacy shot and stopped a deranged man who had just murdered two neighbors and was firing at police with a rifle. Stacy made a very long shot with his revolver, three times as far as the perpetrator was from the police officer, who had an AR-15 type rifle.

That sounds like a very good story... but it never made the national news.

I wonder who made the decision to spike that story.

Of course, when a mass shooting is stopped by an armed citizen, there are not as many victims. This leads to the charge that it would not really have been a “mass shooting”.

I have added this incident at the request of a reader:

Abraham Dickman had a history of anger against employees of the AT&T store in New York Mills, New York. On May 27th, 2010, he walked into the store with a .357 and a list of six employees. He shot the first employee, but was stopped from further attacks when Donald J. Moore, an off duty police officer who was allowed to carry his own handgun when not on duty, drew and fired his .40 caliber, killing Mr. Dickman before he could fire any more shots.