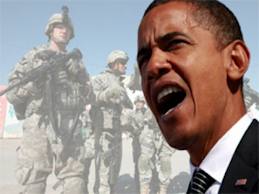 Last month, outgoing pentagon general counsel Jeh Johnson gave a speech at the Oxford Union and said that the War on Terror must, at some point, come to an end:

"Now that efforts by the US military against al-Qaida are in their 12th year, we must also ask ourselves: How will this conflict end? . . . . 'War' must be regarded as a finite, extraordinary and unnatural state of affairs. We must not accept the current conflict, and all that it entails, as the 'new normal.' Peace must be regarded as the norm toward which the human race continually strives.

Hundreds Of Thousands Of U.S. Homeowners Are Now Underwater On Their Mortgages-

I Don't Want A Sci-Fi Future

Tucker Carlson: Censorship is the actual threat to democracy