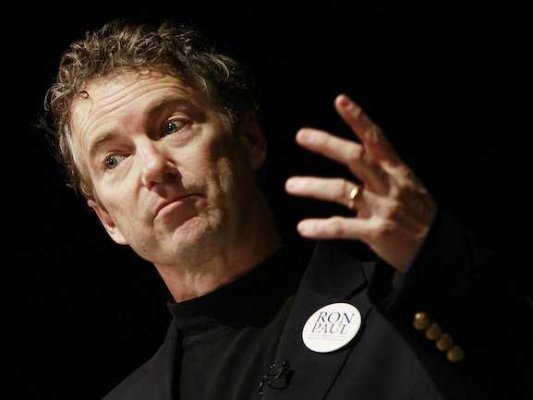 According to the itinerary for the trip, Paul has confirmed meetings this week with Israeli Prime Minister Benjamin Netanyahu, Israeli President Shimon Peres, Palestinian President Mahmoud Abbas, King Abdullah II, and other prominent Israeli politicians. For parts of the trip, Paul will also be accompanied by about 50 evangelical leaders and party activists, including the state GOP chairs of Iowa and South Carolina — two key early primary states.

The tour was funded by the conservative American Family Association, and organized by evangelical kingmaker David Lane and former pharmaceuticals executive Richard Roberts, a prominent member of the Orthodox Jewish community who donates heavily to the GOP.

The trip is the latest push to boost Paul's foreign policy cred as he prepares to take his new seat on the Senate Foreign Relations Committee later this month. It also offers the Senator another chance to distance himself from his father, retiring Texas Rep. Ron Paul, whose libertarian foreign policy views have been widely ridiculed by the GOP.

"We're Not Working At All Against Trump", Says Head Of PAC Backing DeSantis' 2024

Stupid is as Stupid Does

Democrats in disarray as latinos bolt to the GOP