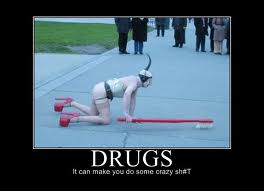 Fact: Despite 22 international drug regulatory warnings on psychiatric drugs citing effects of mania, hostility, violence and even homicidal ideation, and dozens of high profile shootings/killings tied to psychiatric drug use, there has yet to be a federal investigation on the link between psychiatric drugs and acts of senseless violence.

Fact: At least fourteen recent school shootings were committed by those taking or withdrawing from psychiatric drugs resulting in 109 wounded and 58 killed (in other school shootings, information about their drug use was never made public—neither confirming or refuting if they were under the influence of prescribed drugs.)

Fact: Between 2004 and 2011, there have been over 11,000 reports to the U.S. FDA’s MedWatch system of psychiatric drug side effects related to violence. These include 300 cases of homicide, nearly 3,000 cases of mania and over 7,000 cases of aggression. Note: By the FDA’s own admission, only 1-10% of side effects are ever reported to the FDA, so the actual number of side effects occurring are most certainly higher.

We only need to ask one simple question to determine “what could have set the teenage gunman off.” That question is: What psychiatric drug was he taking or withdrawing from? Sometimes simple questions are the hardest to ask. That question would be hard for the media to ask, because after reporting the event, taking station breaks for advertisements for antidepressants and sedatives might give big media editors and producers indigestion, since their very existence depends on Big Pharma sponsorship.

FAKE medicine: Over 90% of all medical interventions lack evidence to support their use