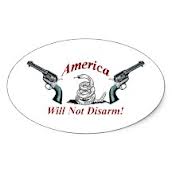 I often have SurvivalBlog readers forward me alarmist e-mails, warning of "total disarmament" of the civilian populace. While there indeed may be plans or schemes to disarm Americans, I don't consider these threats credible. Let me explain why: I would conservatively estimate that there are about 316 million firearms in private hands in the United States. Of these, less than 10% are logged in any formal registry. Perhaps another 30% have Form 4473s filed with the FFL dealers where they were first purchased, but that is a fractured mishmash of records with a quite perishable life span. It is notable that we live in a very mobile society, where most families move every three or four years. And in most states, there are no record keeping requirements for secondary sales of firearms. So to call the accumulation of 4473 forms a de facto registration system is laughable.

2 Comments in Response to Why Civilian Disarmament in the U.S. is Just a Statist Fantasy