(I guess it's not just about hand guns anymore) 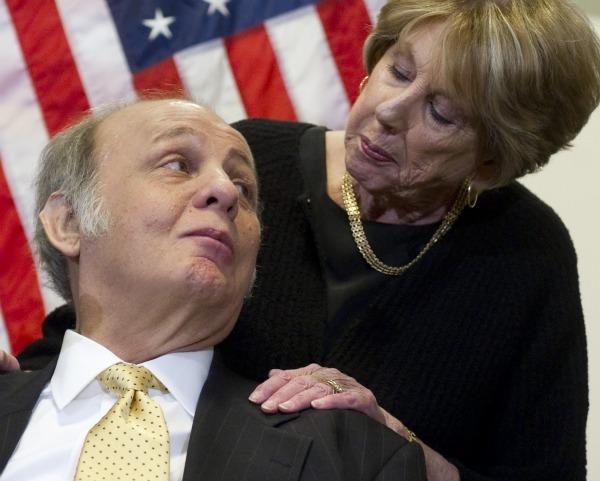 Two years ago today, then-Rep. Gabrielle Giffords was critically injured in Tucson when Jared Lee Loughner opened fire while she was meeting with constituents, killing six people. Since then “Congress has done something quite extraordinary—nothing at all,” write Giffords and her husband Mark Kelly write in a USA Today op-ed announcing the launch of Americans for Responsible Solutions. The group, a new political action committee that aims to decrease gun violence, “will raise the funds necessary to balance the influence of the gun lobby,” Giffords and Kelly write.

The couple sat down with ABC’s Diane Sawyer for an interview that will be airing Tuesday. "I think we all need to try to do something about [gun violence]," Kelly told Sawyer. "It's obvious to everybody we have a problem. And problems can be solved."

The former lawmaker and former astronaut make clear that they are supporters of gun rights, noting they have two guns in their home. But they want to create a powerful counterpart to the NRA to end the lopsided nature of political contributions in the gun debate. “We saw from the NRA leadership's defiant and unsympathetic response to the Newtown, Conn., massacre that winning even the most common-sense reforms will require a fight,” they write.

Today, Tucson will mark the anniversary of the shooting by ringing bells across the city at the very moment when Loughner opened fire, reports the Associated Press.