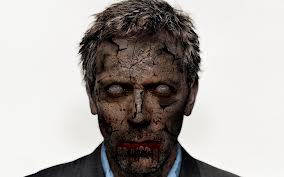 Large sections of the US population have been turned into zombies. Retirees. Medicare dependents. Food stamp recipients. Disabled people. They are not necessarily bad people. They are not necessarily dishonest or lazy. But rather than add to wealth, they consume it. And when you have too many of them, your society consumes more wealth than it produces and you are on the road to The Downside.

But the feds are not only creating individual zombies, they are also creating corporate zombies. An obvious example: "green" energy. Without subsidies, loan guarantees, tax benefits and direct giveaways, the industry as we know it would not exist. Nor would the ethanol industry in the Midwest. Nor the security industry in the Northern Virginia suburbs of Washington, DC.

The financial industry, too, as we know it, would not exist either. Much of it would have been swept away in the financial storm of 2008-09. That story is well-known, but not well understood. Most people believe the authorities acted heroically, saving the nation from a depression. But what the authorities really did was to take the public's money and give it to cronies on Wall Street in order to prevent them from suffering the losses they deserved. The government transferred nearly $2 trillion in various forms from the public purse to the pockets of the financial industry. With that kind of backing, most of the old investment firms survived. The new ones that might have replaced them never saw the light of day.