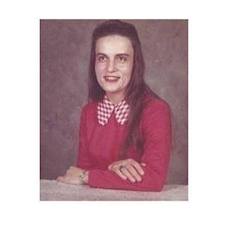 VERNAL — A man says Vernal police disrupted an intimate moment of mourning with his deceased wife of 58 years when they searched his house for her prescription medication without a warrant within minutes of her death.

Barbara Alice Mahaffey died of colon cancer in her bedroom last May. Ben D. Mahaffey, 80, said he was distraught and trying to make sure his wife's body would be taken to the funeral home with dignity, when he says officers insisted he help them look for the drugs.

"I was holding her hand saying goodbye when all the intrusion happened," he told the Deseret News.

Barbara Mahaffey died at 12:35 a.m. with Mahaffey, a Navy medic in the Korean War, and his friend, an EMT, at her side. In addition to police, a mortician and a hospice worker arrived at the home about 12:45 a.m., Mahaffey said. He said he doesn't know how police came to be there.

"I was indignant to think you can't even have a private moment. All these people were there and they're not concerned about her or me. They're concerned about the damn drugs. Isn't that something?" Mahaffey said.

Mahaffey said he was treated as if he were going to sell the painkillers, which included OxyContin, oxycodone and morphine, on the street.

Mahaffey filed a federal lawsuit Thursday, alleging police violated his Fourth and 14th amendment rights against unreasonable search and seizure and for equal protection under the law, respectively.

The officers' actions "at the deeply intimate setting, and during a highly distressing time, added a great amount of pain and distress to any already difficult situation," the lawsuit states.

Ben and Barbara Mahaffey were married in New Mexico in 1954 and sealed five years later in the LDS Church's Manti Temple. They retired to Vernal a year before the LDS temple opened there in 1997 in anticipation of participating in temple work. Barbara Mahaffey was an ardent genealogist who provided more than 11,000 names for temple ordinances.

Ben Mahaffey, who now lives in St. George, is an avid hunter and fisherman and author of several books on the subject.

Following the incident, Mahaffey asked Vernal city officials and police administrators why officers would search his home without a warrant. He said he was told the Utah Controlled Substances Act provides authority for the search.