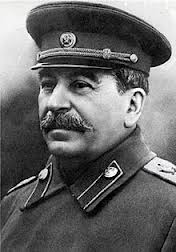 "The president is going to act," said Biden, giving some comments to the press before a meeting with victims of gun violence. "There are executives orders, there's executive action that can be taken. We haven't decided what that is yet. But we're compiling it all with the help of the attorney general and the rest of the cabinet members as well as legislative action that we believe is required."

Biden talked also about taking responsible action. "As the president said, if you're actions result in only saving one life, they're worth taking. But I'm convinced we can affect the well-being of millions of americans and take thousands of people out of harm's way if we act responsibly."

Eric Holder was scheduled to be at the meeting that's currently take place at the White House.

2 Comments in Response to Biden: Obama Might Use Executive Order to Deal With Guns

Even if they don't have the balls, if it's unconstitutional it could be a treasonous crime and should at least be ignored. Sheriffs and state governors will probably have more balls to do so.

The House can block virtually any executive order Obama issues.....IF....they have the balls.

Red Flagged Nation: Gun Confiscation Laws Put a Target on the Back of Every American

Tucker Carlson: This is a total lie