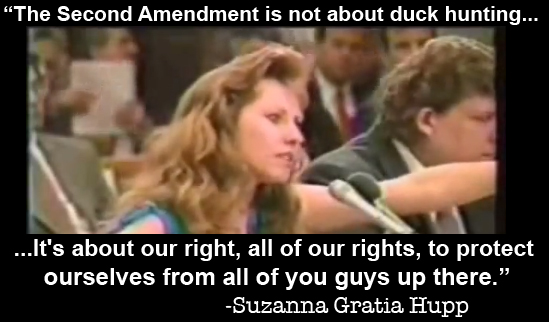 The primary focus of this editorial is to briefly restate the intent of the founding fathers when they drafted the Second Amendment and then illustrate, with facts, the futility of passing laws regulating firearms and magazines in the hope that doing so will prevent criminal behavior.

Those who will argue for a new “assault weapons” and “high capacity magazine” ban will claim that there is no legitimate “sporting purpose” or self defense need for these types of weapons and accessories; as if sporting or self defense use were the intent of the Constitutional guarantee of our right to keep and bear arms. In its entirety the Second Amendment reads, “A well regulated Militia, being necessary to the security of a free State, the right of the people to keep and bear Arms, shall not be infringed.” There is no mention of this being a protection of the right to have guns for sporting purposes, or as some will claim, solely for self defense purposes. The intent of the language could not be clearer, the right to bear arms was much more militaristic in nature and was to ensure that the recently acquired free status of the several newly united states, individually and collectively, could be defended against, and not subjugated to, a new tyrannical rule imposed by the creation of a federal government. Thomas Jefferson confirmed this understanding saying, “No free man shall ever be debarred the use of arms. The strongest reason for the people to retain the right to keep and bear arms is, as a last resort, to protect themselves against tyranny in government”.  More recently the late Hubert Humphrey, not known as a bastion of conservative or right wing political thought, said, “Certainly one of the chief guarantees of freedom under any government, no matter how popular and respected, is the right of citizens to keep and bear arms.  This is not to say that firearms should not be very carefully used and that definite safety rules of precaution should not be taught and enforced.  But the right of citizens to bear arms is just one more guarantee against arbitrary government, one more safeguard against a tyranny which now appears remote in America, but which historically has proved to be always possible.”