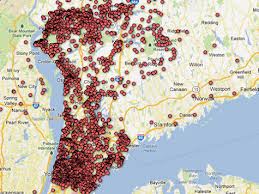 As most people know about by now, The Journal News, a small newspaper in New York, recently published an online map that pinpointed the addresses and the names of every owner of a handgun permit in Westchester and Rockland Counties.

The most immediate intent of the map, as indicated by the heading “The Gun Owner Next Door: What You Don’t Know About the Weapons in Your Neighborhood,” was to let those without gun permits know who had guns.

According to ex-convicts, the publication of the map would have made their jobs much easier back in their days of crime.

Walter T. Shaw, whom the FBI pegged for the break-in and robbery of over 3,000 homes in his life, said of the map, “Having a list of who has a gun is like gold. Why rob that house when you can hit the one next door, where there are no guns?”