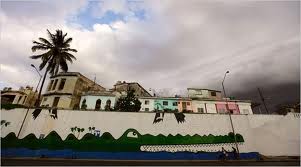 The law eliminates a number of bureaucratic procedures and costs that for decades have been both real and symbolic obstacles to travel by islanders.

It is not expected to result in a mass exodus from the island. But foreign embassies have reported a high volume of queries about entry visa applications in recent weeks.

Cuba observers have been waiting to see how the government implements the law to gauge its effect. The measure contains language that lets the government deny travel in cases of "national security."

It was announced in October and took effect Monday.