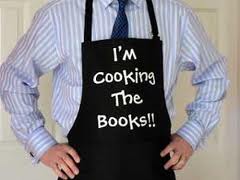 That China is also the marginal economic power (creating trillions in new loans and deposits each year) in a stagflating world, and as such must be represented by the media as growing at key inflection points (such as Q4 when Europe officially entered a double dip recession, and the US will report its first sub 1% GDP in years) as mysteriously reporting growth even without open monetary stimulus (something we have said the PBOC will not engage in due to fears of importing US, European and now Japanese inflation) is critical for preserving hope and faith in the future of the stock market, is also very well known. Which is why recent market optimism driven by “hope” from Alcoa that China is recovering and will avoid yet another hard landing, and Chinese reports of a surge in Exports last week, are very much suspect.