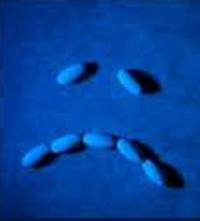 On December 13, 2006 the FDA’s Psychopharmaceutical Drugs Advisory Committee (PDAC) is meeting in Silver Spring, Maryland to discuss antidepressant-induced suicidal behavior in adults. In 2004 the FDA held similar hearings on children and concluded that antidepressants do in fact cause suicide in humans under age eighteen. A warning has been placed in all antidepressant labels or package inserts.


Now the agency has given advanced notice of its new findings – antidepressants, all of them, according to the FDA, cause increased suicidality in young adults. Suicide occurs more than twice as much on antidepressants than on sugar pills in individuals under age 25.

But it gets worse. The primary data on suicidality has been generated in short-term controlled clinical trials planned by drug companies, carried out by drug company hacks, and evaluated by drug company employees at corporate headquarters. If that kind of carefully cultivated evaluation bears such bad fruit, imagine what the real data must show.

Since I first began working as a medical expert in product liability cases way back in the early 1990s, I’ve spent innumerable hours culling the sealed data contained within the files of companies like GlaxoSmithKline and Eli Lilly. Among other things, I long ago found evidence that Paxil and Prozac cause suicidality in adults. These discoveries then led to settlements in product liability suits brought against the two companies brought by surviving family members. I’ve also communicated my conclusions in books like Talking Back to Prozac and the Antidepressant Fact Book and in scientific articles but the primary data until recently remained sealed.

FAKE medicine: Over 90% of all medical interventions lack evidence to support their use