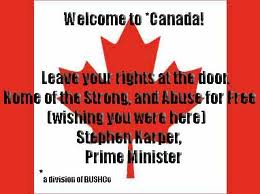 ....'On September 4th the Harper government clearly signaled its intention to:

1) Focus all its efforts to assimilate First Nations, into the existing federal and provincial orders of government of Canada;