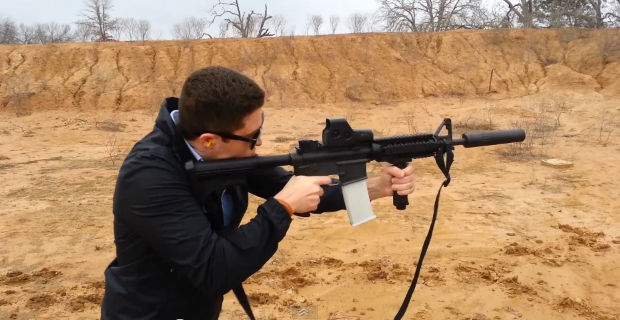 What just a few months ago was dismissed as a pipe dream or wishful thinking has today become a reality that will no doubt take the gun control debate, not just nationally but worldwide, to a whole new level.

Infowars.com has been reporting on this 3D printing innovator’s amazing work over the last few months. As Infowars breaks this story online, we wonder if the dinosaur press will realize the incredible significance of this – this technological development will circumvent unconstitutional magazine bans and could end the huge shortages we’re seeing. The future is now.

In November’s issue of Infowars Magazine, we wrote about Defense Distributed, a non-profit thinktank experimenting with the revolutionary technology of desktop 3D printing.

Defense Distributed’s goal is to provide a website that anyone in the world could visit to download the files needed to literally print out a working firearm, aptly dubbed a “wiki weapon,” using a 3D printer, a technology that’s already available to the average citizen and is also becoming increasingly affordable.

We are pleased to announce that a huge leap has been made in bringing that concept to fruition.