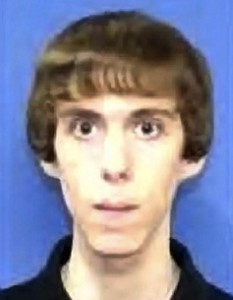 The neighbors haven't seen him in years, nobody who lives around the Lanzas seems to have seen him, and the last time there is any record of him at all was 3 years ago.

The FBI apparently can't retrieve the information from his computer it was so well destroyed (how convenient).

What is more likely.. that a computer nerd would leave "No digital footprint for 3 years" (which would be practically impossible) or that he has been dead for 3 years?

No record of this kid after 2009- after supposedly attending college at Central Connecticut State University in Danville- nothing.

Nobody knows him, nobody has seen him, and there is no video or other proof he is even alive- why is this guy being treated as the main suspect again?

His mom was supposedly "so badly disfigured they couldn't tell if it was her or not" Maybe it wasn't her. Maybe she's in Belize right now and this whole thing is a scam?

I guess we're taking Adam's dad's word for collecting his son's body- a guy who works for GE capital (GE owns NBC) and his brother? Both of whom are connected to New York finance?

Nobody "falls off the grid" for 3 years.. it just doesn't happen.

--------------------
As Shillers List pointed out in the comments below, the only picture they like to show of Adam Lanza is a very strange ghostly looking picture, when there are many other pictures of him that look pretty normal.

The same thing happened with Jared Loughner the alleged Tucson gunman, who had this normal picture which hardly EVER gets shown to the public: http://i2.cdn.turner.com/cnn/2011/CRIME/01/08/arizona.shooting/t1main.loughne...

Originally, it was not cropped, and he's holding a kickoff magazine- The public only sees the "freakish" looking Loughner picture, they don't want his tan, good looking "sports fan" side being shown, as that doesn't fit their agenda.

1 Comments in Response to Has Adam Lanza Even Been Alive The Last 3 Years?