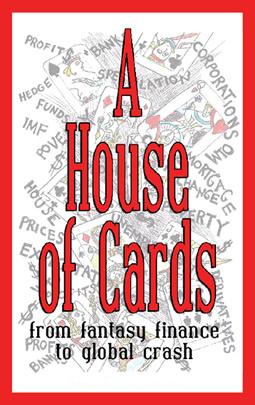 In what could be a watershed moment for the price, provenance, and future of physical gold, not to mention the "stability" of the entire monetary regime based on rock solid, undisputed "faith and credit" in paper money, German Handelsblatt reports in an exclusive that the long suffering German gold, all official 3,396 tons of it, is about to be moved. Specifically, it is about to be partially moved out of the New York Fed, where the majority, or 45% of it is currently stored, as well as the entirety of the 11% of German gold held with the Banque de France, and repatriated back home to Buba in Frankfurt, where just 31% of it is held as of this moment. And while it is one thing for a "crazy, lunatic" dictator such as Hugo Chavez to pull his gold out of the Bank of England, it is something entirely different, and far less dismissible, when the bank with the second most official gold reserves in the world proceeds to formally pull some of its gold from the bank with the most. In brief: this is a momentous development, one which may signify that the regime of mutual assured and very much telegraphed - because if the central banks don't have faith in one another, why should anyone else? - trust in central banks by other central banks is ending.
The nouveau socialist regime of Francois Hollande will soon hold zero German gold, repatriation will be in a global monetary arena, which is already scraping by on the last traces of faith in a monetary system that is slowly but surely dying but first diluting itself to oblivion. And in simple game theory terms, the first party to defect from the prisoner's dilemma of all the bulk of global gold being held by the Fed, defects best. Then the second. Then the third. Until, in this particular case, the last central bank to pull its gold from the NY Fed and the other 2 primary depositories of developed world gold, London and Paris, just happens to discover their gold was never there to begin with, and instead served as collateral to paper gold subsequently rehypothecated several hundred times, and whose ultimate ownership deed is long gone.
The "excellent relationship" between the Fed and Buba, not to mention Banque de France which will shortly hold precisely zero German gold, has just collapsed.
Also, if the Bundesbank is first, who is next?
Finally, once the scramble to satisfy physical gold deliverable claims manifests itself in the market, we can't help but wonder what will happen to the price of gold: both paper and physical?

The time of Visa and MasterCard has passed, now is the time when the Trump Card will rise!

Peter Schiff: Why Shouldn't You Give Up On Gold And Silver?