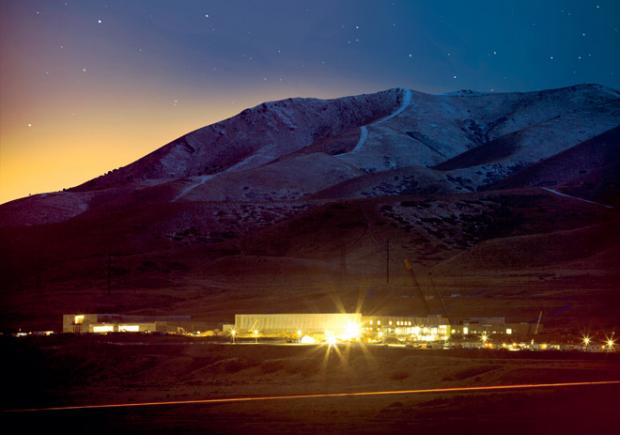 The spring air in the small, sand-dusted town has a soft haze to it, and clumps of green-gray sagebrush rustle in the breeze. Bluffdale sits in a bowl-shaped valley in the shadow of Utah’s Wasatch Range to the east and the Oquirrh Mountains to the west. It’s the heart of Mormon country, where religious pioneers first arrived more than 160 years ago. They came to escape the rest of the world, to understand the mysterious words sent down from their god as revealed on buried golden plates, and to practice what has become known as “the principle,” marriage to multiple wives. Today Bluffdale is home to one of the nation’s largest sects of polygamists, the Apostolic United Brethren, with upwards of 9,000 members. The brethren’s complex includes a chapel, a school, a sports field, and an archive. Membership has doubled since 1978—and the number of plural marriages has tripled—so the sect has recently been looking for ways to purchase more land and expand throughout the town.

But new pioneers have quietly begun moving into the area, secretive outsiders who say little and keep to themselves. Like the pious polygamists, they are focused on deciphering cryptic messages that only they have the power to understand. Just off Beef Hollow Road, less than a mile from brethren headquarters, thousands of hard-hatted construction workers in sweat-soaked T-shirts are laying the groundwork for the newcomers’ own temple and archive, a massive complex so large that it necessitated expanding the town’s boundaries. Once built, it will be more than five times the size of the US Capitol.

Rather than Bibles, prophets, and worshippers, this temple will be filled with servers, computer intelligence experts, and armed guards. And instead of listening for words flowing down from heaven, these newcomers will be secretly capturing, storing, and analyzing vast quantities of words and images hurtling through the world’s telecommunications networks. In the little town of Bluffdale, Big Love and Big Brother have become uneasy neighbors.

The NSA has become the largest, most covert, and potentially most intrusive intelligence agency ever.

Under construction by contractors with top-secret clearances, the blandly named Utah Data Center is being built for the National Security Agency. A project of immense secrecy, it is the final piece in a complex puzzle assembled over the past decade. Its purpose: to intercept, decipher, analyze, and store vast swaths of the world’s communications as they zap down from satellites and zip through the underground and undersea cables of international, foreign, and domestic networks. The heavily fortified $2 billion center should be up and running in September 2013. Flowing through its servers and routers and stored in near-bottomless databases will be all forms of communication, including the complete contents of private emails, cell phone calls, and Google searches, as well as all sorts of personal data trails—parking receipts, travel itineraries, bookstore purchases, and other digital “pocket litter.” It is, in some measure, the realization of the “total information awareness” program created during the first term of the Bush administration—an effort that was killed by Congress in 2003 after it caused an outcry over its potential for invading Americans’ privacy.