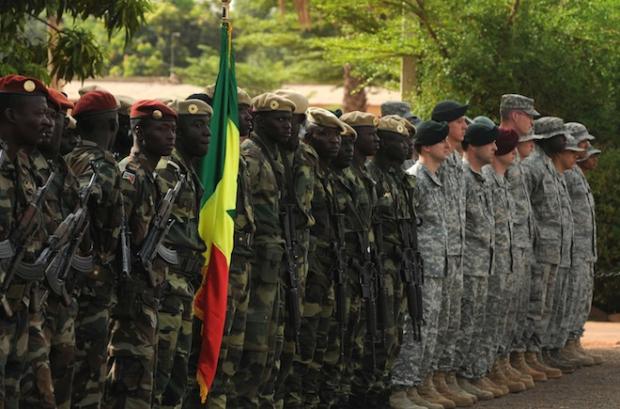 State Department spokeswoman Victoria Nuland confirmed on Wednesday that an unspecified number of American citizens were abducted by an Islamist militant group at an eastern Algerian oil field early in the day. A group claiming responsibility for the abduction, Katibat Moulathamine, or the “Masked Brigade,” told a Mauritanian news service that the abduction was a retaliation for the French air campaign against Islamist militants in northern Mali, begun on Friday. With the caveat that early reports are often mistaken, ABC News reports that the attackers are believed to be affiliated with al-Qaida.

At the Pentagon, officials learned about the abduction of U.S. citizens Wednesday morning. A response has yet to be formulated. “We’re tracking the situation closely, and there’s no planned response at this point, but we’re assessing,” says Maj. Rob Firman, a Pentagon spokesman.

A spokesman for the U.S. Africa Command, the U.S. regional command responsible for military operations on the continent, referred questions to the State Department. Secretary of Defense Leon Panetta, traveling in Europe on Wednesday, called the abduction a terrorist act and said the U.S. would take “all necessary and proper steps” to respond, according to Julian Barnes, a Wall Street Journal reporter traveling with Panetta.