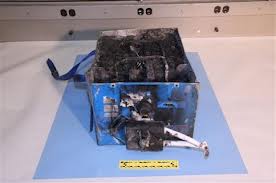 The Federal Aviation Administration late Wednesday grounded Boeing's newest and most technologically advanced jetliner until the risk of battery fires is resolved. The order applies only to the six Dreamliners operated by United Airlines, the lone U.S. carrier with 787s. Other airlines and civil aviation authorities in other countries quickly followed suit.

Japan's two largest air carriers voluntarily grounded their 787s on Wednesday ahead of the FAA's order following an emergency landing by one of the planes in Japan. On Thursday, the European Aviation Safety Agency ordered all European carriers to ground the jetliner.