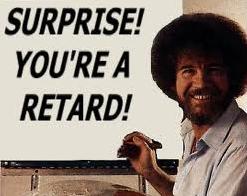 What information would this database contain? The names of everyone who has ever sought therapy? Everyone diagnosed with a mental health condition? The prescription medication all mental health patients have taken in the past or at present? The full, detailed files of every therapy session? And at what point would someone be considered too “mentally ill” to own a gun? What diagnosis or diagnoses must an American receive in order to be prohibited from expressing the right in question? Would we need to have “crazy panels” of psychologists to determine the right to gun ownership on a case-by-case basis for anyone listed in the database?

What exact database, Fair Gun Lobby, are you entertaining? And at what cost – not just financial but also in terms of the humiliation and loss of freedom it would ensue – would such a database require? Who would have access to such a database? And how laughably insecure would that database be?

It seems extraordinary that leaders of the gun lobby, more likely than not small government advocates themselves, would push an expansive, invasive national database of supposed crazy people, AND – perhaps most hypocritical of all – deny in the process the rights of law-abiding Americans who pose no threat whatsoever to society.

As many as half of Americans have gone to therapy at some point in their lives. If non-experts trolled through their mental health files, they might very well consider these individuals to be “mentally ill.” But they’re not crazy in the sense that they would commit violent, gun-related crimes. They’re not going to cause the next Newtown. And their names don’t belong in a database.

I’m not a gun owner, and I don’t necessarily intend to own a gun in the foreseeable future. But I don’t want to have that option - that right - revoked simply because I went to therapy at one point in my life and the therapist wrote some stuff down. I don’t want any right arbitrarily denied to Americans simply because they went and saw a doctor.

Ex-Navy SEAL sends message to Biden: Stop blaming everyone else

The great recycling LIE (what really happens to plastic)

War in Europe and the Rise of Raw Propaganda

Liberals Get a Taste of Their Own Medicine! And They're Not Happy About It!

When The Lies Come Home

Red Flagged Nation: Gun Confiscation Laws Put a Target on the Back of Every American

The Left's New Tactic They Hope Will Stop Us

Green Reversal? Biden Screams At Oil Companies For NOT Drilling!