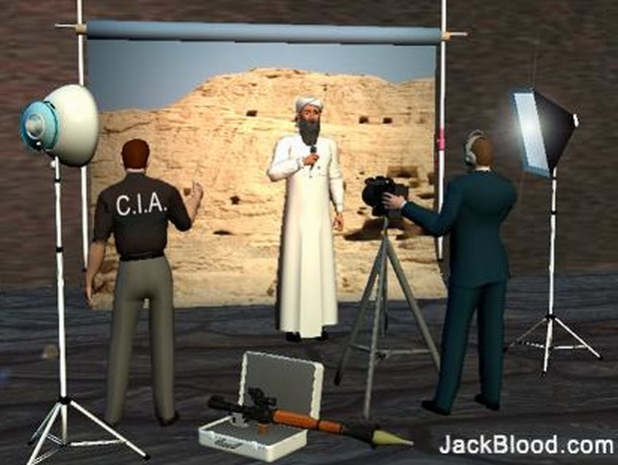 Rob Kall points out that the military-industrial complex is the winner of the Golden Globe award:

Homeland won best TV series, best TV actor and actress. It IS a highly entertaining show which actually portrays some of the flaws of the MIIC system

Argo won best movie and best director. It glorifies the CIA and Ben Affleck spoke with the highest praise for the CIA.

And best actress went to Jessica Chastain of Zero Dark Thirty, a movie that has been vilified for propagandizing the use of torture.

The Military Industrial Intelligence Complex is playing a more and more pervasive role in our lives.  In the next few years we’ll be seeing movies that focus on the use of drone technology in police and spy work in the USA. We’ve already been seeing movies that show how spies can violate every aspect of our privacy– of the most intimate parts of our lives. By making movies and TV series that celebrate these cancerous extensions of the police state Hollywood and the big studios are normalizing the ideas they present us with– lying to the public, routinely creating fraudulent stories as covers for what’s really going on.

Fiery But Peaceful In Atlanta? CNN Once Again Suggests That Leftist Riots Are Not Violent