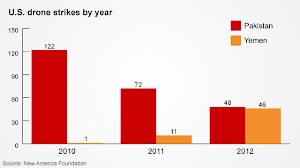 Though they are used in targeted killing, civilian casualties cannot be prevented. This raises legal and ethical questions.

A conceivable scenario: a truck approaches a village near the Pakistani-Afghan border. At the village, the weekly market is being held, attracting people from the entire region. Two men are sitting in the truck. Secret service experts at the American command central affirm that the men are Taliban fighters and that they are carrying a couple hundred kilograms of explosives on their truck. Information from satellite pictures, contacts on the ground, routine movement patterns and pictures taken by the Predator drone circling overhead all conclude that the truck is a moving bomb.