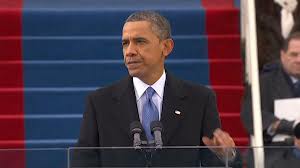 Isn't this the same President that told us he wouldn't allow the States to peacefully secede? Is not The Declaration of Independence a call to secession? Could we not make a list of crimes by Obama longer than that of George III? I agree with the President that the ideas in our Declaration of Independence is what made this country exceptional. The ideas of freedom, inalienable Rights, and limited Government, nothing like the President's ideas of socialist healthcare, disarmed citizens, and a never ending drone war.
"Together we discovered that a free market only thrives when there are rules to ensure competition and fair play. Together we resolve that a great nation must care for the vulnerable and protect its people from life’s worst hazards and misfortune." - President Obama

The Cancellation of a Civilization

Raging Bulls in Blue: The Deadly Toll of Warrior Policing on Steroids

The "Great Reset" & The Future Of Money... Here's What You Need To Know

When Truth is No Defense

Why Tickets Cost What They Do

The Collapse of the Covid Narrative