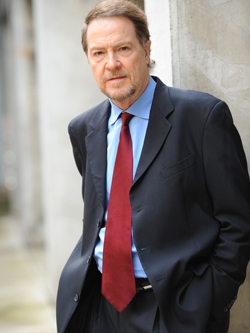 Sleeping Through a Revolution: It’s Time for President Obama to Wake Up to the True Legacy of Martin Luther King Jr. January 21, 2013
By John W. Whitehead

As one who came of age during the civil rights era, I was profoundly impacted by the life and teachings of Martin Luther King Jr. He taught me so much more than just what it means to look beyond the color of a person’s skin—he taught me that life means nothing if you don’t stand up for the things that truly matter. And what are the things that matter? King spoke of them incessantly, in every sermon he preached, every speech he delivered and every article he wrote. Freedom, human dignity, brotherhood, spirituality, peace, justice, equality, putting an end to war and poverty—these are just a few of the big themes that shaped King’s life and, in turn, impacted so many impressionable young people like myself.

Fast forward 40 years, and we find ourselves living through historic times, with the nation’s first black president embarking on his second term in office. The comparisons between President Obama and King have been inevitable and largely favorable, helped along by Obama, who spoke at King’s Ebenezer Baptist Church in 2008, a year before taking office—accepted the Democratic nomination on the anniversary of King’s “I Have a Dream” speech—presided over the installation and dedication of a national monument to King in Washington, DC—and took his oath of office using one of King’s Bibles on the national holiday dedicated to King.

Clearly, there are similarities between the two men. As a McClatchey news article noted: “Both battled enormous odds to build historic multi-ethnic, multi-racial coalitions—one to advance the cause of civil rights only to be assassinated in 1968, the other to win the nation's highest office. Both won the Nobel Peace Prize. Both could use soaring rhetoric to inspire millions. Both also had to overcome critics who accused them of socialist or communist sympathies, as well as black activists who maintained that they weren't strong advocates for African-Americans.”

Yet as Fredrick Harris, the director of the Institute for Research in African-American Studies at Columbia University, reminds us, “it is easy to assume that the president is an extension of King’s legacy and the civil rights movement. For black America, in particular, Obama has already joined the pantheon of great African American leaders, alongside Harriet Tubman, Frederick Douglass, Ida B. Wells, Malcolm X and, of course, King. He has joined their ranks not for his activism or his efforts to break down racial inequality, but for the symbolic weight of being the nation’s first black president.”

We’d be doing King and his legacy a profound disservice, however, if we do not insist that Obama do more than pay lip service to the man he credits, alongside Abraham Lincoln, as being one of his two heroes. Indeed, Obama spent much of the last four years campaigning for re-election and will likely spend the next four attempting to establish a lasting legacy for his presidency.

If Obama wants to be remembered for anything more than the color of his skin, he would do well to brush up on King’s teachings, which were far more radical than the watered-down pap about him being taught today. The following key principles, largely absent from Obama’s first term in office, formed the backbone of Rev. King’s life and work.

Practice non-violence, resist militarism and put an end to war.

“I could never again raise my voice against the violence of the oppressed in the ghettos without having first spoken clearly to the greatest purveyor of violence in the world today—my own government.”—Martin Luther King Jr., Sermon at New York’s Riverside Church (April 4, 1967)

On April 4, 1967, exactly one year before his murder, King used the power of his pulpit to condemn the U.S. for “using massive doses of violence to solve its problems, to bring about the changes it wanted.” Insisting that no one who has any concern for the integrity and life of America can ignore its part in the Vietnam War, King called on the U.S. to end all bombing in Vietnam, declare a unilateral cease-fire, curtail its military buildup, and set a date for troop withdrawals. In that same sermon, King warned that “a nation that continues year after year to spend more money on military defense than on programs of social uplift is approaching spiritual death.”

Contrast this with Obama’s use of the power of his office to expand America’s military empire at great cost to the nation, authorize drone strikes which have wreaked havoc on innocent civilians, and defend indefensible police tactics used in SWAT team raids and roadside stops. Obama’s national security budget for 2013, which allots a whopping $851 billion to be spent on wars abroad, weapons and military personnel, significantly outspends the money being spent on education, poverty and disease.

Arrested and jailed for taking part in a nonviolent protest against racial segregation in Birmingham, Ala., King used his time behind bars to respond to Alabama clergymen who criticized King’s methods of civil disobedience and suggested that the courts were the only legitimate means for enacting change. His “Letter from a Birmingham Jail,” which makes the case for disobeying unjust laws, points out that “a just law is a man made code that squares with the moral law or the law of God. An unjust law is a code that is out of harmony with the moral law. To put it in the terms of St. Thomas Aquinas: An unjust law is a human law that is not rooted in eternal law and natural law. Any law that uplifts human personality is just. Any law that degrades human personality is unjust.”

Contrast this with Obama’s ongoing endorsement of clearly unjust laws and government practices, some of which he has publicly acknowledged to be problematic or altogether wrong. For example, Obama signed into law the National Defense Authorization Act of 2013 and the Foreign Intelligence Surveillance Act Amendments Act, which respectively authorize the military to indefinitely detain American citizens, as well as spy on Americans who communicate with people overseas, whether they are journalists, family members, or business associates. Obama’s Justice Dept. has also urged the U.S. Supreme Court to grant police more leeway to strip search Americans and raid homes without a warrant. As King warned, “Never forget that everything Hitler did in Germany was legal.”