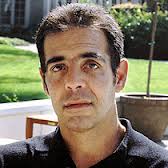 Our goal, here at Antiwar.com, is to change American foreign policy: to divert the US from its course toward empire and restore the old republic. How, exactly, is this going to happen?

Well, to begin with, there are those who argue that it will never and can never happen: that once embarked on this course the ship of state cannot be diverted or turned around. This is usually said by those who have an interest in maintaining the present course – the Washington policy wonks and politicians who decry our efforts as symptoms of an outdated "isolationism." This is nonsensical, and it is just like the "progressives" (and sold out "conservatives") of the present era to equate modernity with enormity. Yet they do have a point, albeit a limited one: it does often seem that the apparatus of imperialism is so enormous, so pervasive, and so profitable (for our elites) that it will only perish on account of some world-shaking catastrophe, or perhaps due to divine intervention.

However, this static supremacy is an illusion, one made superficially plausible by what is the defining characteristic of the American political class. As George Orwell pointed out in his critique of James Burnham:

"Power worship blurs political judgment because it leads, almost unavoidably, to the belief that present trends will continue. Whoever is winning at the moment will always seem to be invincible. If the Japanese have conquered south Asia, then they will keep south Asia for ever, if the Germans have captured Tobruk, they will infallibly capture Cairo; if the Russians are in Berlin, it will not be long before they are in London: and so on. This habit of mind leads also to the belief that things will happen more quickly, completely, and catastrophically than they ever do in practice."

In the Imperial Court of Washington, D.C., where one’s importance is measured by one’s proximity to power – to the President and his courtiers, and to the governmental apparatus over which he and his appointees preside – the worship of Power is the state religion. To question the permanence of American hegemony, to even consider the possibility that all this pomp and circumstance sits atop a house of cards – why, it’s not only treasonous, it’s unfathomable. The Washington mindset will simply not allow such thoughts to enter the conscious realm. The idea of the American empire is tied to their self-conception as the guardians and gatekeepers of civilization, their identification of their own privileged lives with the Great and the Good. It is the Washington Conceit, as inflated as the city’s real estate values and pretensions to high culture.

Durham Played You for a Fool!