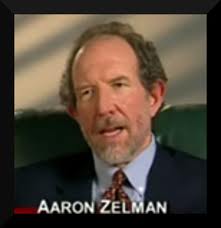 First, I personally thank you for the valuable work you have done, and are doing, for the Second Amendment. You have used your talent, success, wit, and celebrity to fight for our freedoms.

Additionally, you are a member of the Board of Directors of the NRA. So this letter is directed to you in strictly that capacity. Why? Because I believe that you will listen. And you have the standing and respect within the NRA to actually do something regarding the issues I’d like to bring to your attention.

We at JPFO recently received a letter from an angry and very articulate fellow who took the vast majority of gun owners to task for not being NRA members. He rightly points out that there are more than eighty million gun owners and only five million members of any pro-gun organization, the NRA obviously being the largest.

I read this fellow’s letter a couple of times, and could not fault him on his spirit or personal philosophy. What bothered me was that he was asking me to join the NRA.

Ted, the day I’ll join the NRA is…

1. When the NRA announces, from the rooftops, that the police have NO LEGAL DUTY to protect the average American citizen. Time after time, our courts have upheld this. If every American understood this, we would see gun ownership, and Second Amendment awareness, burgeon across our nation. The tide would resolutely turn in our favor.

One of JPFO’s finest projects was the book “Dial 911 and Die”. It is meticulously documented with actual court cites. Why didn’t the NRA, years ago, publish this material in a reader friendly format for nationwide distribution?

♦ Why didn’t the NRA, years ago, publish this material in a reader friendly format for nationwide distribution?

2. When the NRA aggressively presses to abolish all concealed carry permit laws. How has an unalienable right to self defense been demoted to a revocable government granted privilege? Unregistered concealed carry has been no big issue in both Alaska and Vermont for decades. Arizona just passed unregistered concealed legislation. It’s time for the NRA to start swimming strongly with this tide. Yes, it’s a victory for gun owners when a State like Minnesota finally allows registered carry, but we must see it for what it still is: an un-Constitutional infringement on our G-d* given right to self defense, see: "The Ten Commandments of Self Defense". It is also an obvious way to add more gun owner names to a list and database. (*Out of respect, observant Jews do not write out the name of the Almighty in secular texts.)

♦ How has an unalienable right to self defense been demoted to a revocable government granted privilege?

3. When the NRA calls for the complete and unconditional disbanding of the Bureau of Alcohol, Tobacco, Firearms, and Explosives (BATFE). Gun owners should be appalled at the NRA leadership’s incestuous “good cop/bad cop” dance with the BATFE. For decades there has been a symbiotic, and liberty threatening, “good ole’ boy” relationship between NRA and BATFE. They should instead be mortal enemies.

♦ They should instead be mortal enemies.

The BATFE’s abuses are legion and despicable. These criminal acts crested like a bloody wave with the horrific deceit and treachery the agency displayed at Ruby Ridge, Idaho, and then at Waco, Texas.

JPFO has produced a documentary about the BATFE called “The Gang” for which you kindly donated footage, showing you teaching teenagers how to use firearms safely. As you know, “The Gang” is not specifically about Ruby Ridge or Waco, it’s about how, with deliberate regularity, the BATFE criminally harasses honest gun owners.

Did you know that, back during the Administration of Ronald Reagan, President Reagan actually wanted to dismantle the then “BATF”? Who stopped him? The NRA! See this Time Magazine article that reports this hypocrisy.

The NRA has publicly stated that it wants to “work with” BATFE to punish the criminal use of guns, see: copy of NRA response letter. We don’t need these bucket headed, jack booted paramilitary goons playing cops in our lives. Let the local police, county sheriff, State police, or the FBI, do what they were assigned and sworn to do in the first place.

On top of that, tobacco is a drug. Alcohol is a drug. Give that authority to the FDA. Explosives? Wasn’t that an FBI specialty already?

And then there’s the firearms. This means “gun control”, and every single threat to our freedom that comes along with it.

4. When the NRA soundly condemns, and works tirelessly to abolish, the “Gun Control Act of 1968”. NRA lawyers actually helped to write this piece of totalitarian legislation. JPFO was the first to expose “GCA ‘68” for what it was: a near carbon copy of the Nazi German gun laws of the 1930s. See: "Gun Control" Gateway to Tyranny.

The NRA needs to “man up” and confess that it made a terrible mistake here. It needs to go on an Obama style apology tour of every State, and personally confess this sin to American gun owners. And then repent.

♦ In Nazi Germany, Jews were forced to identify themselves with a yellow star.

Now, with the computer age fully entrenched in our society, a centralized database of all gun owners and their firearms’ serial numbers is just a mouse click away. The BATFE claims it would never do this. But they are already doing it with their phony 'eTrace' program. They actually share information about American gun owners with foreign governments! This could have ominous repercussions.

Let’s analyze why “GCA ‘68” even passed. It was because of the political assassinations of John F. Kennedy, Robert F. Kennedy, and Martin Luther King. Without those three murders, the American people would have scoffed at the idea of national “gun control”. The highly emotionalized loss of the lives of three public figures, tragic though it was, created enough manipulated hysteria in this nation to essentially throw the Second Amendment out the window.

But what about the hundreds of thousands of brave Americans who have died fighting, generation after generation, to protect our Bill of Rights? Instead of standing firm in the face of this 1968 “gun control” travesty, when a far more conservative America could have been effectively rallied, the NRA got in bed with the gun prohibitionists and actually helped pen the legislation. See: "NRA Supported the National Firearms Act of 1934"and GCA68.

5. When the NRA quits kowtowing to authoritarian police bureaucrats and takes a no compromise stand against the increasing paramilitarization of our local and State law enforcement agencies.

It’s time to quit building a standing army in America, masquerading as local SWAT teams and hooded “tactical units”. Federal money is lavishly splashed at these local law enforcement agencies. And, as we all know, payback day cannot be far away.

When push comes to shove, can we depend on local cops who have been suckling at the Federal teat, and attending Federal brainwashing seminars?

The NRA has to get in the face of all local police and ask them, point blank: “Will you ever assist in the disarming of the American citizenry?” Any cop who answers in the affirmative must be drummed out of the ranks.

♦ Any cop who answers in the affirmative must be drummed out of the ranks.

“To Protect and Serve” does not mean “To Disarm and Enslave”.

6. When the NRA assertively speaks to our active duty military personnel and respectfully (but emphatically) reminds them that any disarming of innocent Americans is a blatant and evil breach of their oath to uphold and protect our Constitution. The NRA needs to follow the lead of Oath Keepers in reaching out to both soldiers and cops.

That disgusting “czarette” Janet Napolitano, of Homeland Security, actually had the gall to imply that homecoming soldiers posed a threat because they could be “recruited” by “extremist” groups. The NRA should be at the top of that list of so-called “extremist” groups!

These hard line Leftists have to understand one thing: If forced to, we are unwilling to give them any quarter to protect our freedom. And every freedom loving American should expect that active duty soldiers, who have sworn an oath to uphold the Constitution against enemies foreign and domestic, will stand, gun in hand, by the side of The People if push ever comes to shove.

♦ These hard line Leftists have to understand one thing: If forced to, we are unwilling to give them any quarter to protect our freedom.

7. When the NRA forcefully and persistently brings up the uncontestable fact that every major genocide of the 20th Century was preceded by “gun control” policies. Disarmed millions became the victims of government sponsored or condoned mass murder.

At one time in America, this somber ideal was actually taught in public schools. Now a kid can’t even draw a picture of a gun or take a “Goody Gun” cookie to school for lunch. The insane poison of political correctness runs amok in our nation today. Ted, you don’t put up with the p.c. garbage, why does the NRA?

♦ The Founders didn’t pen the Second Amendment to protect us from muggers and rapists or burglars.

8. When the NRA honestly and accurately “grades” politicians for their real position on the Second Amendment. Hillary Clinton’s and Charlie Schumer’s pet protégé Kirsten Gillibrand got an “A” rating from the NRA. This is insane.

Gillibrand is now on the band wagon for a reinstated “assault weapons” ban. The NRA: Suckered and betrayed once again.

Ted Nugent running for office gets an “A+” grade from the NRA. That’s the standard they must start with. We cannot grade on a bell curve when it comes to our freedom.

Our politicians must not simply be “pro gun”, they must be fervently pro Second Amendment. It is now time for zero tolerance for any form of “gun control”. Far too often, American gun owners have seen “A” graded politicians waffle and cave on gun law after gun law. If the NRA has to step away from any candidate to uphold our rights, so be it.

♦ Ted Nugent running for office gets an “A+” grade from the NRA. That’s the standard they must start with.

Millions of American gun owners will reject any candidate who betrays our G-d given right to defend our lives.

The time for any sort of compromise is over. We must now retrieve ground that has been lost to past retreats. It is time for the NRA to really start “walking the walk”. Radically downgrade every single politician who has betrayed us in any way in the past.

Ted, you have the clout and celebrity status to bring any or all of these issues directly to the NRA’s Board of Directors. You can also, through your website and fan base, expose countless younger Americans to these critical matters.

♦ You can also, through your website and fan base, expose countless younger Americans to these critical matters.

It’s time to give the American people a very loud wake up call regarding their freedom. No one can say you are shy, Ted. Please, make some of that trademarked Nugent Noise over these crucial issues.

Sincerely, and Yours in Freedom,

Aaron Zelman, Founder and Director of Jews for the Preservation of Firearms Ownership.