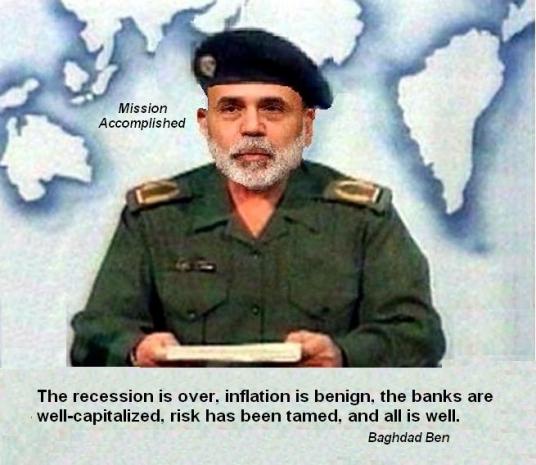 Though the Financial Stability Oversight Council (​FSOC) extended the deadline for Comments on its "Proposed Recommendations Regarding Money Market Mutual Fund Reform" earlier this week (​see FSOC'​s release here), letters continue to pour in. The most recent post is from The Vanguard Group, which says, "​Vanguard believes MMFs provide an important choice for investors' cash management needs. Investors may invest in a MMF, which accepts a minimal amount of investment risk in return for market yields, or open a federally insured bank account that guarantees up to $​250,​000 in principal protection in exchange for lower yields. We encourage regulators to find a reform solution that continues to allow investors, particularly retail investors, the discretion to make this choice."

The letter continues, "​Over the past four years, Vanguard has been actively involved in researching and evaluating potential MMF reform options. We were strong proponents of the SEC'​s amendments to Rule 2a-​7 that were implemented in 2010. We believe these changes positioned many MMFs to be self-​provisioning for liquidity, thereby reducing the likelihood that a future systemic market disruption would threaten these funds. We understand, however, that regulators remain concerned that these amendments may not sufficiently address the risks that MMFs, under highly unusual market conditions, may impose on the broader financial markets. We agree that more could be done by the SEC to address these risks, but the solutions must be narrowly and carefully tailored to the relevant funds. Regulators must also be mindful of the unintended consequences that draconian reform measures may have on the capital markets and investors. Such considerations must inform any final recommendation on this matter."

Chairman & CEO William McNabb writes, "​Currently, the SEC is the only agency with the appropriate statutory authority to recommend additional MMF reforms. FSOC should not make specific MMF reform recommendations to the SEC at this time, but should permit the agency, as the primary regulator of the capital markets and MMFs, to proceed with its statutory authority to consider reasonable reforms narrowly tailored to address FSOC'​s concerns, if they are supported by facts. Any additional reforms proposed by the SEC should be limited to those MMFs that invest primarily in securities issued by banks, other financial institutions, or operating companies ("​Prime MMFs") and should include a requirement for the boards of directors of all Prime MMFs to impose a standby liquidity fee of 1-​3% when a fund'​s weekly liquidity has fallen below 15%. To the extent regulators have remaining concerns about institutional Prime MMFs, the Council could make additional recommendations to the SEC about how the risks posed by such institutional funds could be further mitigated. By focusing additional reform measures on institutional Prime MMFs, regulators will be able to appropriately address the most concerning risks while retaining Treasury, government and tax exempt money market funds in their current form for the retail investor."

He explains, "​The SEC is the appropriate agency to determine which additional reforms should be implemented for MMFs. FSOC has recognized as much when it stated "​The SEC, by virtue of its institutional expertise and statutory authority, is best positioned to implement reforms to address the risks that MMFs present to the economy." Although the SEC did not propose additional reforms in August 2012, some of the SEC'​s Commissioners have indicated a willingness to consider additional reforms, provided that such reforms could be informed by an SEC staff analysis on the efficacy of the 2010 Rule 2a-​7 amendments. In November 2012, the SEC'​s Division of Risk, Strategy and Financial Innovation published such analysis ("​SEC Staff Report") and now the SEC is in a position to proceed with its statutory authority to consider additional reforms. Given these developments, and the confusion that could occur should two regulators move forward with different proposals, we request that FSOC not make specific MMF reform recommendations to the SEC at this time."

Vanguard tells us, "We believe FSOC'​s three recommendations: (​i) float the NAV; (​ii) retain 1% capital buffers with a minimum balance at risk ("​MBR") for accounts above $​100,​000; or (​iii) retain a 3% capital buffer with the ability to reduce such buffer through other risk-​mitigating measures, attempt to reduce "​systemic risk" by addressing the industry'​s size. Each of the three recommendations would significantly reduce the appeal of MMFs, which would curtail the size of the industry. FSOC has quite clearly stated as much in its Proposal when it said, "​reforms that would provide meaningful mitigation of the risks posed by MMFs would likely reduce their appeal to investors by altering one or more of their attractive features." We believe regulators should give more consideration to reform options that could reasonably address their more pressing concerns while retaining the key features of MMFs, particularly for the retail investor."

They continue, "FSOC'​s approach, to reduce MMFs' appeal to investors, is also inconsistent with the spirit of the Money Market Reform Options report issued in 2009 by the President'​s Working Group on Financial Markets ("​PWG Report"). The PWG Report, which was drafted by many of the regulatory agencies comprising FSOC, espoused the benefits of reform measures that would "​internalize the cost of liquidity ... and provide appropriate incentives for MMFs and their investors." The PWG Report also cautioned FSOC against trying to prevent any individual MMF from ever “​breaking the buck,” as such an approach would not be a practical policy objective. We agree. Reform measures, such as capital buffers, which attempt to address idiosyncratic credit risk by providing a cushion against which small losses can be absorbed are not practical because they raise complex tax, accounting, and source of capital concerns. Capital buffers are also likely to carry unintended consequences, as some funds may purchase riskier, higher-​yielding securities to compensate for the reduction in yield. As a result, capital buffers are likely to provide investors with a false sense of security."

McNabb writes, "​In previous comment letters, we have stated our thoughts about the floating NAV and capital requirements in MMFs. We wish to reiterate those comments, and underscore our concern that FSOC'​s reform measures will incentivize financial innovation that will cater to the needs of sophisticated investors seeking MMF alternatives, which are likely to be unregulated and not subject to the rigorous reporting and disclosure requirements of regulated MMFs. Retail investors, however, will have no choice but to resort to a bank account for their cash management needs. Investors without choice will result in investors with fewer savings. A shift in assets from MMFs to bank accounts will not eliminate "​systemic risk," but simply reallocate it. The findings in the recent SEC Staff Report confirm that large cash movements from the MMF industry to the banking industry would increase the amount of assets held in FDIC-​insured accounts, and further concentrate risk in the banks. We do not think these results are in keeping with FSOC'​s mission to mitigate systemic risk. Instead, we encourage FSOC and the SEC to consider reform measures that continue to provide investors with meaningful choice for their cash management needs and reduce the disruptions that can arise when certain MMFs experience extremely rare, destabilizing redemptions."

He explains, "We are also deeply concerned that capital will not make MMFs more resilient to losses and less susceptible to runs. In theory, we agree that a capital buffer in a MMF does provide the fund with some capacity to absorb losses due to credit deterioration, default, or interest rate changes. In practice, however, we believe the opposite may be true. FSOC and the SEC should not underestimate the unintended effects of a capital buffer. At the end of the day, capital buffers reduce total returns for investors in MMFs. A permanent, built-​in reduction to returns may result in funds purchasing investments that are higher-​yielding and more prone to default.... We urge regulators not to adopt reform measures, which in combination with other factors, may encourage funds to reach for yield and increase the very risks that the reforms were intended to mitigate."

It adds, "​The Proposal is FSOC'​s first step in making such a recommendation to the SEC for MMF reform. Although the Proposal comments on the interconnectedness and risks inherent in Prime, and particularly, institutional Prime MMFs, we believe it fails to establish that such interconnectedness and risks are inherent in all MMFs. For this reason we recommend that the Proposal, if submitted to the SEC, apply only to Prime MMFs."

Vanguard writes, "We are particularly concerned that FSOC is unwilling to recognize the profound differences among Treasury and government MMFs, on the one hand, and Prime MMFs, on the other. Either the primary regulator of systemic risk is severely misinformed about the credit quality and liquidity of Treasury and government securities, or the regulator'​s approach is a disingenuous effort to elicit admissions of systemic risk for Prime MMFs. Either way, Treasury and government MMFs should not be subject to additional reform measures given that the Proposal acknowledges that these MMFs did not experience disruptive redemptions during the 2008 financial crisis, and in fact, tend to attract net inflows during times of market stress."

They continue, "The key to preventing a run on Prime MMFs from contributing to broader dislocations in the financial markets during a widespread crisis is to ensure that these funds have adequate liquidity, and have the ability to slow redemptions when a fund'​s liquidity becomes scarce. We believe a standby liquidity fee ("​SLF") is an effective tool to accomplish both of these objectives. Our proposal for an SLF would be used in conjunction with a stable $​1 NAV, without capital buffers or MBR. This reform approach was developed in December 2011 through the input of various industry members in response to regulators' requests to see MMFs internalize the cost of liquidity."

Finally, Vanguard writes, "If the SEC were to impose a SLF on all Prime MMFs, we believe retail Prime funds would not be capable of contributing to broader financial market disruptions. If, however, regulators remained concerned about the ability of institutional Prime MMFs to contribute to dislocations notwithstanding the SLF, we recommend that further reform measures, such as additional liquidity, more frequent disclosure, or other options, be targeted to those funds. If regulators decided that it was necessary to further reform institutional Prime MMFs, we suggest an account balance in excess of $​5M would be a good way to distinguish these funds from retail Prime MMFs. Most retail investors have account balances well below $​5M, and most institutional investors maintain balances well above this threshold. The $​5M mark also would allow retail MMFs to accommodate the high-​net worth individuals, who tend to have larger than average MMF account balances, but who behave no differently than the retail investors with much smaller account balances. Moreover, given that Prime funds tend to have tens of billions of dollars under management, a maximum account size of $​5M would represent a very small portion of any fund'​s overall assets."

UK Economy Getting Crushed A Price "Worth Paying" For Freedom In Ukraine: Johnson