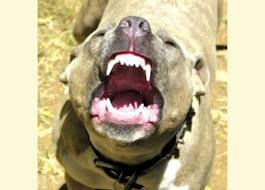 D.C. police are investigating whether a man will face criminal charges for shooting a pit bull that was attacking a child in his neighborhood.

The incident unfolded Sunday afternoon, after three pit bulls attacked an 11-year-old boy as he rode his bicycle through the Brightwood neighborhood of Northwest, according to a police report.

When the man, a neighbor, saw the boy being mauled by the dogs, he went inside his home and got a gun. The man killed one of the dogs. The gunfire attracted the attention of a police officer in the area near Eighth and Sheridan streets, where the attack occurred. The officer responded and shot the other two pit bulls as they continued to attack the boy.

The police report, which did not identify any of the people involved, said the boy suffered severe lacerations. The Washington Post, which first reported the details of the shooting, quoted the boy’s uncle as saying the boy was also shot in the foot.

Metropolitan Police Department spokeswoman Gwendolyn Crump said Wednesday that the entire case, including whether the man legally owned the gun he used to kill the dog, is under investigation.

While public opinion might be supportive of the man’s actions, he could still face significant charges depending on the outcome of the investigation, criminal defense attorney Daniel Gross said.