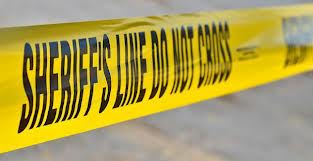 From Florida to California, a growing number of the nation's sheriffs are standing up to gun control measures proposed by both the administration and Sen. Dianne Feinstein (D-Calif.).

Many law enforcement officials have written letters to President Barack Obama and Vice President Joe Biden voicing their concerns over what they believe is an effort to infringe upon the Second Amendment.

In New Mexico, 30 of the state's 33 county sheriffs have reminded state lawmakers that they are under oath to support the U.S. Constitution, and that includes the Second Amendment.

CNSNews.com previously reported that 28 of the 29 sheriff's in Utah sent a letter to President Obama stating that they will not enforce any new gun laws they believe to be unconstitutional.

A host of Oregon sheriffs have said that they will not comply with any new unconstitutional gun regulations:

Sheriff Craig Zanni wrote, "I have and will continue to uphold my Oath of Office including supporting the Second Amendment," in a letter to Coos County citizens. Douglas County Sheriff John Hanlin said he would refuse to enforce any new Federal gun law he believes is unconstitutional. In a letter to Vice President Joe Biden, Grant County Sheriff, Glenn Palmer writes: "I will not tolerate nor will I permit any federal incursion within the exterior boundaries of Grant County, Oregon, where any type of gun control legislation aimed at disarming law -abiding citizens is the goal or objective." Sheriff Gil Gilbertson of Josephine County told Biden in a letter:  "Any rule, regulation, or executive order repugnant to the constitutional rights of the citizens of this County will be ignored by this office." Sheriff Tim Mueller of Linn County, Oregon says his department will not participate in any overreaching and unconstitutional federal firearms restrictions.